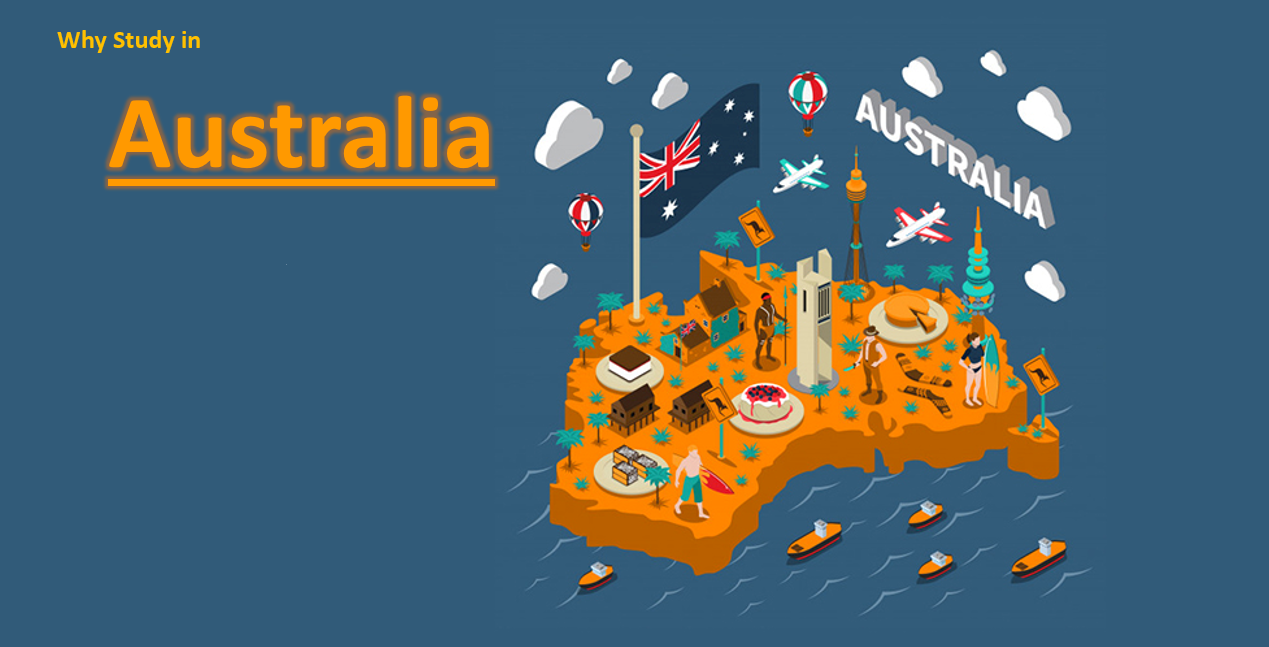 Why study in Australia?

As of June 2021, Australia is the third most popular destination for international students.

And it is easy to see why.

Study costs and tuition fees in Australia are significantly lower than in other major countries such as the US and UK. Also, it is important to note that you can work part time as well (see the next item).

International students can easily work part-time while studying in Australia. The part-time work permit (20 hours per week) is granted as part of their student visa approval. This allows them to offset their living costs in major Australian cities such as Melbourne and Sydney. One important factor to consider is that Australia also has a lower unemployment rate than the US and UK, making it easier to find part-time or graduate employment.

International students can apply for 1000s of scholarships for undergraduate and postgraduate studies. The Australian government, public and private organizations and the universities themselves offer these scholarships and grants to attract the best talents. For PhD career, the scholarship amount is AU$30,000 per year for three years.

Best cities in the world

Australians are kind and friendly, with an immense passion for sport, food and entertainment.

Four of the ten most liveable cities in the world are in Australia (Adelaide, Perth, Melbourne, and Brisbane). It is important to note that all Australia’s cities scored perfect marks for education (100%) which is an indication of the quality of education in Australia.

Australia is regarded as one of the safest and friendliest study destinations in the world. It has one of the lowest crime rates amongst developed countries.

Australia is traditionally open to international students remaining after their graduation. It offers a skilled graduate temporary visa enabling international students to comfortably stay in Australia for 18 months after their graduation. This period can be efficiently and effectively used by graduates to obtain work experience and apply for the Australian permanent residency (mainly applicable to those who completed two years of study in Australia).

The excellent climate is one of the main reasons why Australia is a popular destination for international students. Australia offers nice weather year-round and there is no major extreme weather like those in the US and Canada. Also, Australia has some of the most beautiful beaches to enjoy on.